Each year, I consult with hundreds of men and women about facial cosmetic surgery, most commonly facelifts. The consultation is a time for me to review a patient’s case in detail and also for the patient to ask questions and get information they need to find a procedure that’s the best match for their goals. While every patient has unique questions and concerns, I also receive many common questions. Here are just a few:

1. Is a facelift permanent?

The results of most facelifts last very long-term, ranging anywhere from seven to 15 years. A facelift is permanent in the sense that it is not reversible. However, while the procedure will make a marked improvement in visible signs of facial aging, nothing can stop the aging process completely. You will look younger for much longer than you would without the procedure.

The standard incisions for facelifts are made above the ear, past the hairline. Although the incision mark will leave a scar, it will be concealed in your hair and largely hidden. In some cases, an incision also will need to be made around the lower ear and earlobe. After they have healed, the scars are generally pretty hard to find, even for someone who knows exactly where to look.

Although every surgery carries some risk, complications from a facelift are typically quite rare when performed by a highly trained and experienced cosmetic surgeon. Some possible side effects include loss of sensation in certain areas of the face or an adverse reaction to the anesthesia which was used.

4. What results should I expect?

Results for a facelift, like any cosmetic surgery, will vary from person to person. The best candidates are those whose skin is just starting to sag with age, but still has good elasticity. A good bone structure also aids in positive results. In the end, you will look refreshed and rested more than overly “done.” The goal of a facelift is not to look like a teenager, but to smooth out severe wrinkles and sagging for a more vibrant appearance.

Although a facelift can be a complicated and delicate procedure, most patients report only minor discomfort during the healing process. Most are able to return to work by about two weeks, although it may take a bit longer for swelling and bruising to disappear. CosmetiCare physicians suggest avoiding strenuous activities for at least the first two weeks. Patients should also limit their sun exposure during healing to minimize the appearance of scars. 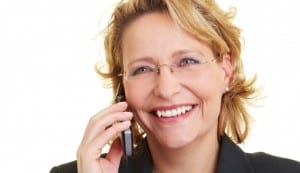